Zoom and Skype were designed for business meetings and one-on-one conversations. The software was not designed for guitar and voice so getting a guitar and vocals performance to not sound like it’s being transmitted from the bottom of a swimming pool took a lot of time and energy but I figured it out.

Each session will include conversation time after the performance or during a break.

No one will be priced out.

Make me an offer and I’ll make something happen for you. If you’re doing ok financially let me know what a full private concert of customized songs and stories is worth to you.

A Love Letter to People Who Buy Music

Have you lost weight?
You’ve been working out right?
Eating better?
Doing yoga?
Jogging?
No?
What is it then? You look like a new person. You look twenty years younger. There is a youthful glow about you. I’ve never seen such a transformation in a human being in my life.

Wait. I know what it is … Click here to find out for yourself 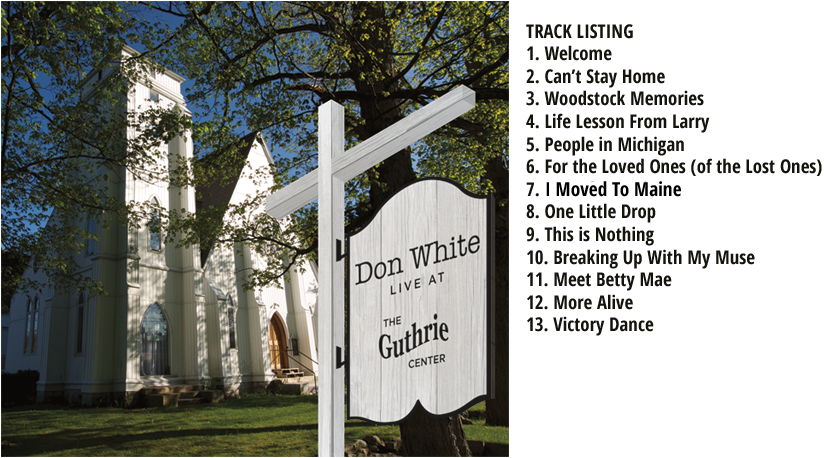 No artist on the coffeehouse circuit today is better than Don White at combining the heartfelt aesthetics of the singer-songwriter with side-splitting laughs.”
– Scott Alarik in The Boston Globe

“I’ve never seen a comedian that made me both want to laugh AND go home and hug my kids.” – a fan

There is no one-word description for what Don White does. He has survived and thrived for more than twenty years, bringing his audiences to laughter and tears in his live performances, studio recordings, and on the printed page. He is a storyteller-comedian-author-troubadour-folk singer-songwriter. He is a walking challenge to the phrase “file under.” Best to just sort him under “Don White.”

White is a riot on stage, a bona fide crowd pleaser. One of the most popular acts on the circuit. He plays an audience the way Leo Kottke plays a 12-string. – The Boston Globe

Memoirs of a C Student

I knew this book was going to be a pack of lies as soon as I saw the title because my brother was a D student.” – Don’s brother Michael White

“Trust me folks. You will want to get your hands on Don’s new book as soon as you can. I would have got through it faster, but I kept reading passages out loud to wife, and then my children, and then anybody else who would listen. This is special!” – Matt Watroba 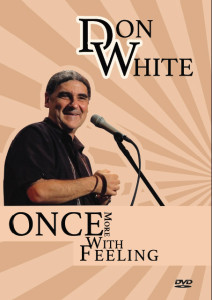 Equal parts comedian, storyteller and songwriter Mr. White’s performances have earned him a dedicated following for over twenty years. His third live DVD captures him at the top of his game in front of a sold out crowd. 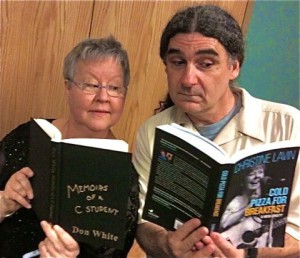 On The Funny Side Of The Street: A Night of Brighter Laughter

Leave your worries at the doorstep and join Christine Lavin and Don White as they present a night of comedy unlike any other, The Funny Side of the Street: A Night of Brighter Laughter.

…there is an honesty and self-deprecating wit in his material that is an immediate tonic.” – The Boston Herald 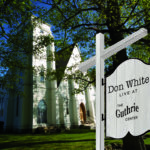 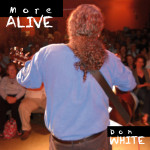 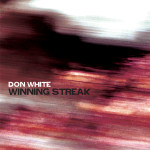 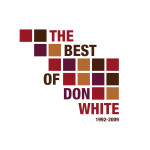 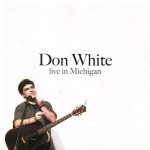 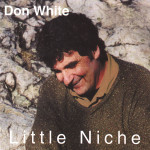 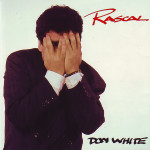 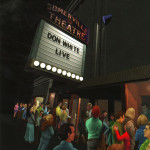 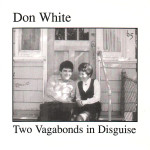